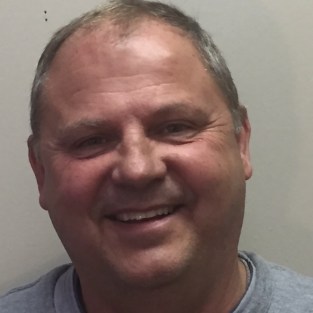 We’re proud to introduce you to Gene Owczarczak, a driven and motivated asset to Forbes Capretto Homes and the man directing our construction team. Gene has been with Forbes Capretto for four years, but prior to joining us, he worked in the industry for 42 years building and remodeling new homes. Gene brings an incredible level of expertise to the team and we are thankful to have him overseeing the construction of our new homes in Western New York.

Each day in new home construction is different and exciting. Gene’s day-to-day schedule includes him overseeing and interacting with our construction managers for individual jobs that are in progress at our communities. He is also responsible for the completion of escrow work and problem solving in the field. While his days may be hectic, Gene is adept at handling any obstacle that may come up with ease!

Working as a team has become one of Gene’s favorite things during his time at Forbes Capretto. He also enjoys interacting with subcontractors, families and homeowners each day while on the job. Seeing the outcome of his team’s hard work – beautifully constructed new Forbes Capretto homes in Western New York – is the most rewarding part of the job for him.

Gene’s motivation can be attributed to his late father. Growing up, Gene was exposed to construction done by his father’s business, and it was a natural transition in filling his father’s footsteps and taking over the family business. His expertise was also used for the good of the community and the industry. Gene was on the committee that built the Vietnam War Memorial in West Seneca. He even served as the President of the Southtowns Builders Association in Hamburg.

When Gene is not hard at work in the field, he is usually spending time with his wife of 40 years, six children and eight grandchildren. Being able to watch his children and grandchildren excel in their careers and interests is something that gives him great pride. He has a love for sports and is usually found cheering his grandkids on from the bleachers, chairs or sidelines. If he isn’t at a game, he is probably watching either hockey, football or basketball. In addition, he enjoys working with his hands at more than just constructing new Forbes Capretto homes – Gene also loves remodeling projects, making custom cabinetry and making other wooden décor items for his loved ones.

Gene is a huge asset to the team and we are thrilled he is part of Forbes Capretto Homes! For more information on designing your new home in Western New York, visit ForbesCapretto.com.